Fat Blaster Ketonz, Extended Duration Ketone Activator. Enhanced Fat Loss. Enhanced Mental Focus. Enhanced Energy. A ketogenic diet is a moderate protein/high fat/ultra-low-carb diet. In addition to turning your body into a fat burning machine, a "Keto" diet has many potential benefits for improving brain function, overall health, and performance. During ketones, the liver produces ketones from fat. Ketones are a 4th macro-nutrient – a new fuel source for the brain and other cells. Ketosis reduces inflammation and hunger, increases focus and energy, maximizes fat metabolism, and improves insulin sensitivity. These are the characteristics that are highly important for Rapid Body Remodeling outlined in my book, the Meltdown Anti-Diet. Many people have difficulty achieving ketosis through diet. This is precisely why I developed Ketonz – a supplement which contains ketones produced outside of the body. With Ketonz Fat Blaster you can consume massive dose of ketones to rapidly and significantly increase ketone levels in your body. Ketonz provides a direct energy source to your brain and muscles. Furthermore, you do not have to be in a ketogenic state to benefit from Ketonz. You no longer have to tolerate horrible tasting "keto" supplements that fail to elevate ketone levels for sustained periods of time and do nothing to prevent lean muscle loss. Ketonz Fat Blaster is unique because it has been proven to promote extended duration ketone levels in the human body. Additionally, Ketonz is the first and only ketone supplement on the market that contains Leucine and Super Creatine. Most ketone supplements spike ketone levels but are broken down very quickly. Ketonz contains a potent blend of 4 BHB ketones attached to sodium, calcium, magnesium, and potassium. These potent molecules rapidly increase ketones. Along with Straight 8, pure C8 Caprylic triglycerides result in a rapid but sustained release of ketone over several hours. Most ketone supplements contain either coconut oil or regular MCT oil – a mix of C6, C8, C10 (Capric triglyceride), and useless C12 (Lauric triglyceride). Ketonz C8 is a superior ketone substrate compared to coconut oil or regular MCT's. Research has shown significant increases in ketone production after the consumption of C8. C8 increases ketones by approximately three times more than C10 and C12. This means the Straight 8 is converted into ketones regardless of whether you are in ketosis and following a ketogenic diet or not. As many fitness competitors know, ketogenic diets are associated with a decrease in lean muscle mass. Super Creatine is patented creatine molecule that is bonded to L-Leucine. Leucine and Creatine increase muscle protein synthesis and prevent muscle tissue breakdown. Leucine and Creatine also partially suppress the muscle destroying gene myostain, while simultaneously increasing the muscle building mTOR. Leucine has profound effects on increasing muscle protein synthesis. Ketonz also contains 300 mgs of caffeine which has been found to enhance ketone production. Lifestyle-friendly Ketonz is formulated to help support increase blood ketone levels, maintain lean muscle, improve athletic and mental performance, sustain energy, and burn fat (when combined with exercising)! Ketonz is the king of ketone supplements with its cutting edge blend of BHBs, Straight 8, electrolytes, caffeine, leucine, and Super Creatine for a sustained increase in energy while maintaining lean muscle mass. Induces Rapid and Sustained Ketosis. 12 Grams of Quadra-BHB Per Serving. 4 Grams of Straight 8 (Pure C8). Patented Super Creatine. Many Delicious Flavors developed by BangEnergy Flavor Experts.

These statements have not been evaluated by the FDA. These products are not intended to diagnose, treat, cure, or prevent any disease. 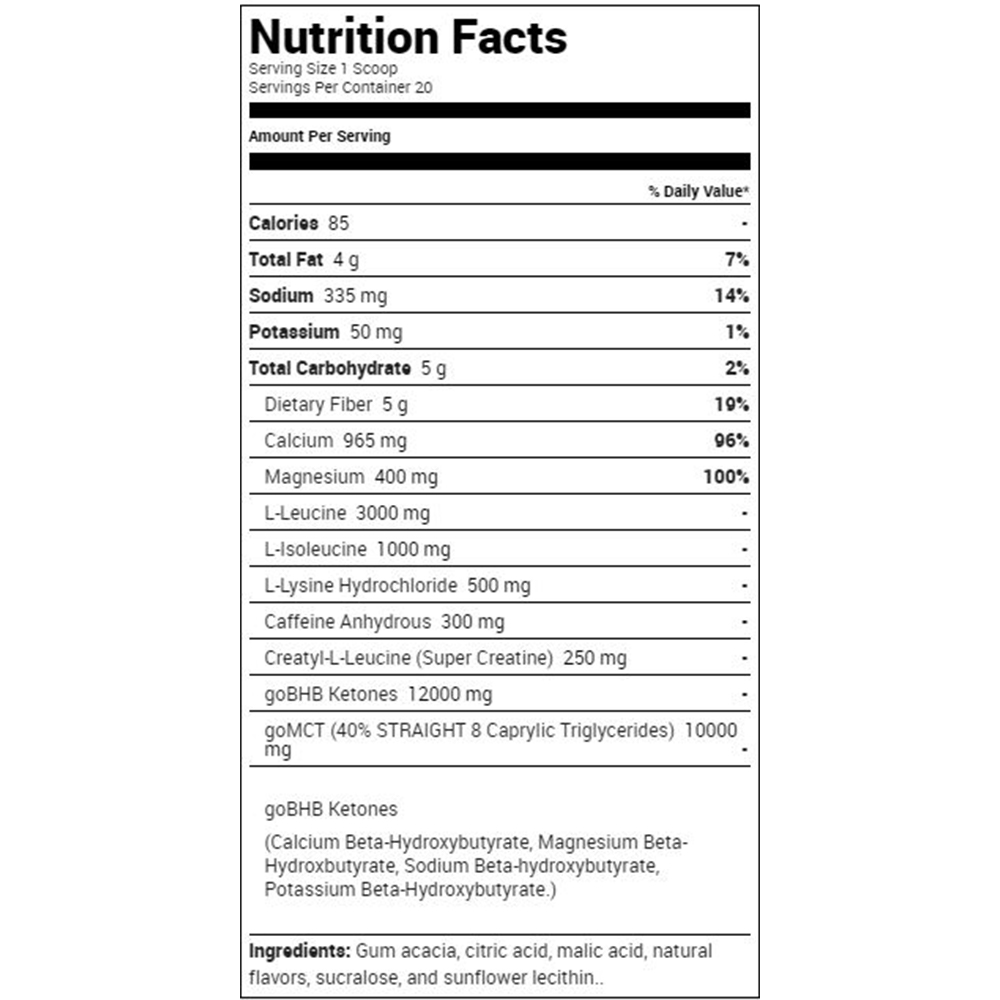